I was in Chengdu for the past two days taking care of some business and I went to check out my old home in Three Gods Village. I have posted here about it earlier — the place is getting torn down to make way for high rise buildings and the people are forced to move out for two years.

I went there at night to pick up my cats and a few last things. When we pulled in to my neighborhood, it was 11pm and there were two people, an old man and a young kid with a flashlight, roaming through the houses picking through the wreckage. Everybody had moved out already and the houses were dark with gaping black holes where the windows were. The scavengers reminded my of grave robbers, the neighborhood of a graveyard. My courtyard was strewn with blankets, broken window frames, bamboo mats, piles of rubbish and paint. I smelled vinegar — someone had thrown a bottle against my kitchen door and black vinegar dripped down. There was a framed picture of Thelonious Monk lying amidst the refuse and I found my old house shoes covered in paint chips.

My cats were roaming around the house. Stony, Crackhead and Gimpy. The other two kittens, Champy and Fuzz, have been MIA for two days. It was a horrible feeling, looking at this place of life and beauty reduced to a collection of dying homes, remnants littering the area, cats wondering around.

Our cab driver stuck around to help us collect the cats and he left his headlights on. I stopped and looked around at my old home by the light of two beams and saw nothing but death. Not even decay left a lingering trace of life …

We tried to get the cats in, but they fought us and scratched me all over my hands. We tied them, grabbed them, cajoled them and eventually .. left them.

I managed to grab Gimpy and take him with us. The two adult mommas, Crackhead and Stony, might stand a chance on their own and they were too strong and wild for me to get them in the taxi, so I decided to let them live free. But for reasons I can’t even understand, i took the kitten and now he is in my new apartment in Chengdu. Beanmilk will be living there while I am in Beijing and back to the US.

Last night Gimpy yowled and cried throughout the night. All the kittens have been skittish about humans, and I am very worried that Gimpy won’t ever accustom himself to inside living. But from what other cat owners say, it is only a matter of time.

I dreamt of hundreds of cats and kittens in my room, my own and others, crying and wailing through the night and waking me up. When i awoke, i heard Gimpy.

We call him Gimpy because as a newborn, he had a badly deformed left front leg. At the time, I was worried that he would not be able to make it, he limped heavily, so I considered drowning him. My friends thought i was crazy. But he is strong and spry now and is the only one to make it to the city, the only one that represents the days in Three God’s Village when I sat in my courtyard, inspected my flowers, drank tea and watched the sun move across the land.

Last night, after we discussed the fact that the kitten I wanted to drown is the only kitten that “survived,” Beanmilk said:

“Never in my life have i experienced so many events that were connected like now. These past few months have been very strange …”

4 thoughts on “When things die” 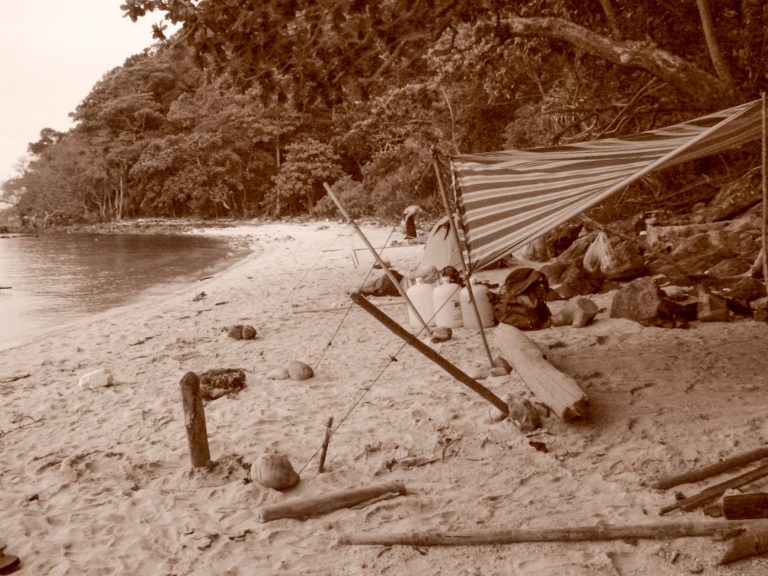