The Products I got off of Kickstarter: A Long Review 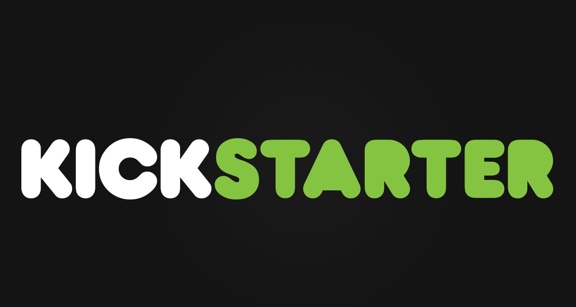 I supported a few Kickstarter campaigns last year during the same period I was running my own campaign. There are some very interesting products on the site and after the outpouring of support I received for my own I felt I needed to give back, and allow others to feel as I did. It really is an amazing feeling to run a crowd funding campaign and see it through to success. It made me really appreciate and wish for the company of my friends and those who supported me whom I may never meet.

The two campaigns I supported early on were Bull and Stash and Pocket Change to Jewelry. Both successful, but both with very different ways of handling the success and the dramatic scaling of their projects.

I talk about Bull and Stash first and then Pocket Change toward the bottom. Scroll accordingly.

Bull and Stash: For Nerds & Pretenders

I am a notebook nerd, had a Moleskin for many years; there is a stack of them I have been carrying around with me from spot to spot, country to country, and I recently transcribed them all down into the digital so I’ll “never” lose the ideas I had back in 1996 or whenever. Maybe I’ll pass them on to someone, or maybe they’ll be found in an attic someday and proclaimed priceless. People will say how the dude died penniless and fanatics will wonder why.

And yet. I have been trying to find an alternative to Moleskin’s for a while cuz as a notebook nerd I need something that I feel is special and exclusive to those who write for a living, not as a hobby, and Moleskins are kinda like Doc Martens that way for me: used to be cool, got REAL cool, now not so cool. Yeah it’s unfair to punish someone for success, but to be honest I noticed a bit of quality slippage and also I don’t care what you think. I loved my notebook for its ability to transport me somewhere; when I saw stacks of my special something underneath People at Target I just shook my head in sadness and muttered “fuck them sell outs.” It hurt. But yo this is not a discussion about perception and exclusivity and cultish belief systems surrounding consumerism.

This is about a notebook.

I loved the idea of a re-useable, beautiful notebook made of leather by a group of clever cats out in P-town who realized that hipsters young and old would seek out this exclusive alternative to the Moleskins they knew back in the day. The re-useable thing was cool because I could picture myself hanging my notes up at some exhibition and watching people try and decipher my super deep thoughts. And who wants to stow away stacks of old notebooks anyway? I don’t want to watch a notebook lose its light slowly over years and become a display plate for dust and funk. Every time I reach for my black button-down I see withering cringe lit from my teen years peering back at me like neglected dogs from the corner of my closet. I’m tired of burying the feels.

So this little no-brainer innovation coupled with solid leather made me support the campaign. I went for the $110 pledge I believe, which meant a small “mini stash” a “reporter stash” and the larger notebook.

The team at Bull and Stash was very responsive during the campaign and in the initial months after they raised more than 10x the amount they were seeking. But as the reality of a tenfold increase in everything started to sink in they, and I, learned something about kickstarter campaigns, product development and scaling from 0 – 100 in no time.

They had all manner of issues that most of us will know nothing about. Distribution issues, quality control, supply of paper and leather. And a lot of people don’t know that there are serious fees that come out of the total backers see on the site. So the 60k they raised quickly became something like 55k or maybe even less. Scaling means costs that none of us can predict right away, especially if backers are not entrepreneurs and entrepreneurs are new to the game. They probably shot for the moon, realized that we currently possess no propulsion system for rockets that can get to the moon without the help of good ole gravity and a vast team of super nerds and then had to let everyone know that over time, as best they could, while trouble shooting constantly.

Then there are strictly kickstarter related issues, like the surveys and the information gathering process post-success. I supported under one name, added my address under another. Was I the only one? Definitely not.

At some point, the backers become one massive yammering annoyance amidst the serious company-threatening problems that needed solutions last month. It’s just fact. I dealt with it because the communication was superb. The guys and girls at Bull and Stash had multiple informative updates, replied to comments and in my case also sent personal replies to queries. Critical stuff.

So anyway I received my books three days ago after I sent a few personal emails, left a frustrated comment and eventually received this response:

“A lot of Bull & finally some Stash

I wanted to personally apologize for not having shipped out your order when I said I would. I could tell you I’ve been busy and things have been hectic, but you already know that, and its just a shitty excuse.. You’ve been one of the most positive people of the campaign and your attitude and sense of humor are much appreciated, which naturally makes me feel like a POS for forgetting to send your order. Just so we’re as transparent as can be I took a picture of the thing before it got put in the mail haha. I shipped it Priority mail USPS, and put a couple extra refills in for you- thanks again for keeping your cool and putting up with our bullshit.

Now. When I received this email I was already mollified and very receptive to whatever the product would look and feel like. I wanted to be satisfied. I wanted to feel like the wait and the cash had been worth it. That’s the power of communication.

As for the books, people have said that the mini is too small, the screws too big, the paper of low quality and other things on the site. Here is my assessment:

The mini is too small to use for much, but it looks cool and I really like the black leather, so he’s just chilling on my desk right now waiting to fulfill his destiny. The reporter is a perfect ass pocket of leather and paper that I will use on assignment to supplement my voice recorder. The larger notebook. Dude. Love it. It’s quickly worked its way into my man bag rotation along with my old ass iPad, chargers, wallet, sundry sundry and the book I’m reading.

Which happens to be When Bees Enslave Ants by my homeboy Big Zach. By the way, I am currently bumping “On the Strength” and the beat is delicious goosebump encouraging breaking thru to the other side the lyrics are like spaceprobes.

Pocket Change to Jewelry: Rings for the Broke Romantic

I grabbed these rings because when this was going on my wife and I were still in the limbo area between togetherness and aparthood. I thought a couple of rings would be cool and maybe help tilt the equation, change how I behaved, change how she felt, facilitate talks and bring about lovemaking.

I received these rings the day she signed a lease on her own place. Yup. That’s how the universe works sometimes. It’s all to the good though and both of us are happier this way even if we’ve accepted greater burdens because of it. Now I’m not going to blame this man for taking months and months to deliver because he faced issues that had nothing to do with the issues we faced in our relationship. The universe just brought us together for some other reason. To provide me with two rings, both too small for me, one for a woman who has yet to reveal herself and one for a necklace around my neck a guess.

Pocket Change also raised more than 10x the amount sought. The scaling process really gave this craftsman problems and through the very rare updates and personal replies we backers received, it seemed as if he was figuring out new ways to craft his rings months after the campaign ended.

The real critical issue this man faced was the inability to communicate. He also had a serious troll on the site named Brent who just would not stop talking shit. Brent, if you read this, you gotta take walks in the woods my man and think deep about your life, I’m not saying I disagree or don’t respect your anger, but if you were in my crew when the world ended badly I would shoot you and go about the business of surviving.

So the craftsman could not communicate and the backer anger just piled up. No one knew what was going on, no responses to comments or emails. Basically zero customer service. When I finally received the rings, I wasn’t really feeling the product anymore. I didn’t care if the rings came or not. I didn’t really want them. I knew, despite having sent a dozen unrequited queries regarding size, that the rings would arrive too small.  He never read an email and thought about it, never knew what to do with the deluge of demands coming from his backers and the love he received through the campaign was thus squandered and transformed into hate.

I figure he’s an older guy who spends days in his garage and nights on a recliner watching TV or something. Probably blocked out the world while this incredibly difficult task took over his life. I bet he doesn’t pull any more campaigns like this for a long time.

Now. I have these rings and they’re nice. There is a reason I have these rings now and despite the fact that one has a flat surface and the other is slightly rounded, they are nice gold rings that should last a lifetime. One is going around my neck as a symbol of a relationship I failed to hold together, a relationship sundered by bad communication, a reminder of the power of listening and expression.

The other is on my desk next to the mini stash notebook watching the universe’s unfolding plans.