Hold a Fist Up for Tibet

Yesterday I talked with my editor Katherine about Tibet and she asked what was going on. I said well, if people in Kham and Amdo rise up too, then things will get real serious. And today my girl Nicole sends me an Ap story describing protests in Gansu, Qinghai and Sichuan Provinces. So perhaps things are serious.

Sichuan is home to mostly Khampa Tibetans in the prefectures of Aba and Kham. Qinghai and Gansu are home to Amdo Tibetans, for the most part, in Xiahe and around Labrang Monastery.

Back in the 1950s when the rebellion first began, the Dalai Lama decided to leave Lhasa for exile in Northern India. The Tibetans in and around Lhasa did not offer up too much resistance. The rebels retreated to India where they staged hit and run tactics over the border. The Dalai Lama is a strict Buddhist and is opposed to violence. And exile allowed him to survive free and able to continue the rebellion as best he can. Staying would have meant death, in one form or another.

So the center of the resistance shifted to Kham, in what is now Sichuan Province. The towns of Kangding, Litang, Ganzi and Dege and the valleys that connected them on the steppes became the battleground in Tibet’s fight for independence. There are stories of heroes, like Rara Gyata, who were trained in Colorado by the US and parachuted back into Tibet with radios, maps, some guns and big brass balls to carry on the fight. They moved in large caravans of yaks and tents and jangling brass bells. They fought behind the crumbling walls of old monasteries. They ambushed trucks from unassailable heights. But in the end, as my man 10z once told me

“There are only a few million Tibetans.”

The rebellion has never really ended in Kham or Amdo. Chinese police get beaten up every now and then. Shots are fired and homes burnt. Monks are imprisoned routinely for going to India, brash men are pummeled into idiocy. They stop me in the streets, pull out a medallion with the Dalai’s picture on it and say: I am Tibetan, we love the Dalai Lama.

Khampas will break your face, my man. They roll through town with long manes and gold teeth, cowboy hats with feathers and big daddy shades. They got rings and chains and all manner of Buddha bling, coral and silver, ivory and gold. They carry daggers with gilded hilts in the folds of a chupa — the pimp cloak of the Himalayas. These ninjas aint gonna have anybody say anything to them.

A scuffle in some town in Aba is not a revolution. But I cannot imagine that the Khampas that fought when Lhasa had already capitulated and the Dalai was on the run would sit and watch this time around.

The role of the Dalai is crucial. He used the phrase “cultural genocide” to describe the situation in Tibet. The Dalai won’t live much longer and he knows that Beijing has already been preparing for his eventual death. His successor would command the loyalty of all Tibetans, if he manages to be found, spirited away to a safe place and allowed to grow. He is the spirit of the Dalai in a new body. What better chance to prove that reincarnation exists than to have the soul change bodies in the middle of a crisis. Tibet will need such a miracle, as the DL himself admitted to the press.

Because the rumors are true: the Chinese are going to breed the Tibetans out. Every day more Chinese migrants show up, with little or no concern for whom they are displacing. They themselves are uprooted and surviving. China has a Manifest Destiny with its own countless Trails of Tears, but today in 2008, with a billion people on the move. The DL has had several talks with the authorities that have led to nothing. The Chinese do not have any incentive to negotiate. When the DL dies, thats it, the problem will fizzle, so they think. With money, power, leisure and lust the new order replaces Tibetans with a new Underclass.

So the crucial question for Tibetans would be is this part of a sustained effort according to a premeditated plan or an unorganized outburst of anger?

In the NYT i read an account in which the Dalai Lama appeared powerless. When asked how he felt, he described being anxious and sad because he could do nothing. He rejected independence and called for the Chinese to show restraint and respect the Tibetans right to protests peacefully. But he stopped short of taking a stand and throwing up a fist — in his own way as a devout Buddhist.

Can this be true? If so then the rebellion will be crushed summarily, the news reports will trickle to a halt and the world will tune into to CCTV this August.

There have been no declarations, no announcements, no demands from the Tibetan side as of now that I have read about. That is an unfortunate sign as it leads one to believe this is just an outburst that will settle down once enough people have been shot or imprisoned.

The Chinese gave the people time to surrender. They did not name names, did not provide a list. Just asked for those responsible to turn them in my midnight tonight or else. Very smart. Imagine the sweat thats pouring now throughout Tibet.

I have heard people with long experience in Tibet lament the inevitable destruction of the Tibetan culture. Anyone who has traveled in Tibet knows what he is seeing to be cultural genocide, plain and simple. It starts from the outside, but then assumes control of its host, growing from the inside as well, accelerating the decay. The fact that the majority of Tibetans I have met have been absolutely sure of their identity as a Tibetan speaks to the strength of their society and culture.

And of course so do these protests against a determined and unwavering enemy. The only thing that can possibly aid Tibet now is international outcry. In Burma the world did nothing while monks marched in silence and were beaten down by police. Nothing was done. Nothing has changed. If anything the regime in Burma is stronger for having demonstrated its willingness to whip ass on protesters.

Will there be any difference with Tibet? That depends entirely on the plan the Tibetan leadership has come up with. Does it include the celebrities that are calling for China to re-think its relationship with the Sudan? Are there any heads of state that were notified of this before hand? What will they do? Condoleeza Rice is the one doing the talking for the US right now, calling for restraint and the release of prisoners.

Is there even a plan? The NYT interview with DL does not point to a plan. I have heard one NGO worker who tried to set up a yak milk dairy farm describe working with Tibetans as “like herding cats.” They are notoriously independent minded. Strong willed and stubborn. And many other things as well .. being an ancient people.

Before the Americans would contribute troops to help fight the Japanese in China, Chiang Kai Shek had to convince them that it was worth it. He defended Shanghai for two months against the Japanese. When he finally withdrew, the Americans agreed to send Stillwell over to help fight. The Chinese army, finally broken after all that fighting, fled in a rout, passing Nanjing along the way. When the Japanese entered Nanjing, they raped and murdered.

Before the Americans decide to help the Tibetans fight the Chinese, the Tibetans have to prove that it is worth it. They have to bleed all over the streets and have their women dragged away in front of cameras. They have to wail to the heavens and carry their dead children up to journalists and beg for an answer. The Dalai Lama has to become the last king of a dying nation and charge into the fray. They have to make the last stand and lie bleeding in piles before the West will show up and help sort the bodies.

In Linda Polman’s book, We Did Nothing, the UN and US efforts to keep the peace all over the world are revealed to be empty and ineffectual at best, ridiculous and incredibly tragic at worst. Carpetbaggers follow Special Forces legends around and sell steaks and beer, rent out living space and showers. Refugees are slaughtered, nations pillaged and the UN acts as a witness more than an actor. Picking up the pieces, filing reports. In Norway, I believe or Sweden, they have a project to collect a sample of all the world’s plants and create a seed bank for the future.

If the international community, with a bad track record of witnessing genocides more often than stopping them, can do little to help Tibet, then what is to be done when a people stand up and call for release from oppression? I don’t believe one can argue that the Tibetans and Burmese are not being oppressed. I suppose as a white man described the Native kid at church with his hair slicked back, so can the Chinese also defend their Tibet policy.

Individual and small group action can help keep the spirit alive for as long as possible. The diaspora, young strong and vigorous, can always keep the homeland in their hearts. This is truly the only way for Tibet if the DL does not lead his people toward head-on conflict now. Tibetan culture is as strong as any in the world, and stronger than many. There is no reason Tibet cannot live on in the young as tales and memories and dreams that become lyrics and books — and with them the will to not only survive, but flourish.

The Jews did it for generations. It is true that the Chinese in San Francisco are more traditional than the Chinese in Chengdu. Quebecois speak French like they used to before the English won the war. The DL, if unwilling to go toe to toe right now, must be thinking about his legacy about now. He is 72. Who will be next? How long will the child live before Chinese spies get a hold of him? How will the monks find him in Occupied Tibet. Will he be a great leader or will he be the Last Emperor, oblivious as Tibet falls around him, dying in dissolution, unsure of who he is till the very end?

We who can see the future of Tibet in the eyes of the Sioux should already know what to do. But sadly we don’t. It seems a law of history that if a nation wants something it has to take it, or suffer a Holocaust before it will be given.

One thought on “Hold a Fist Up for Tibet”

The Taste Of Perfection 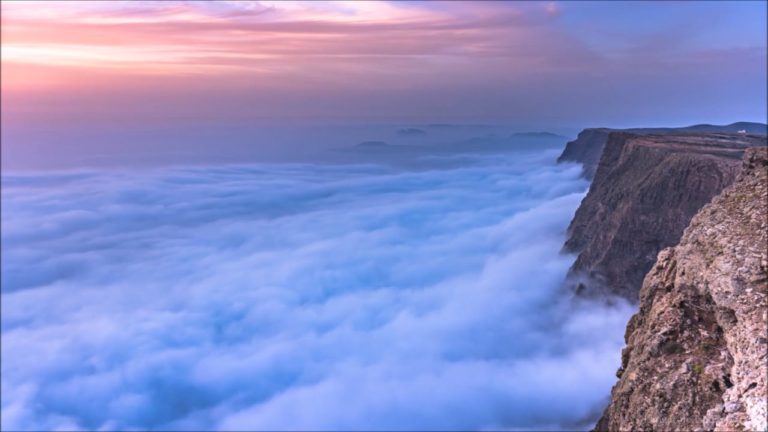 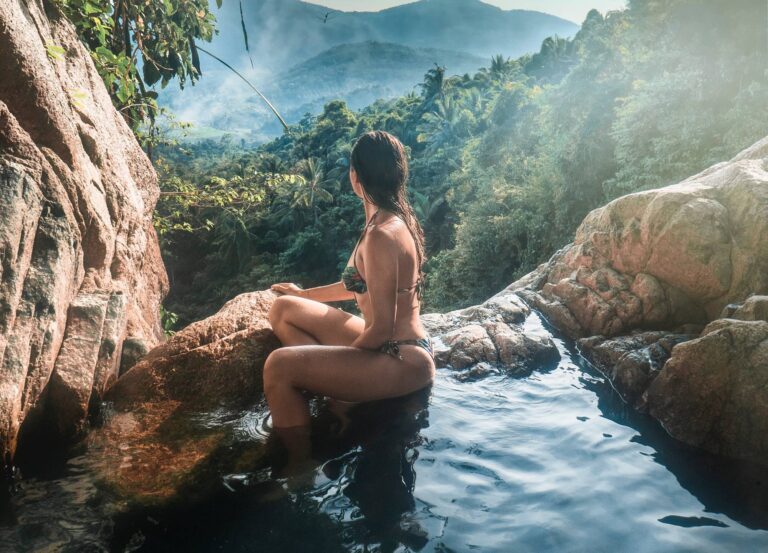 The Taste Of Perfection 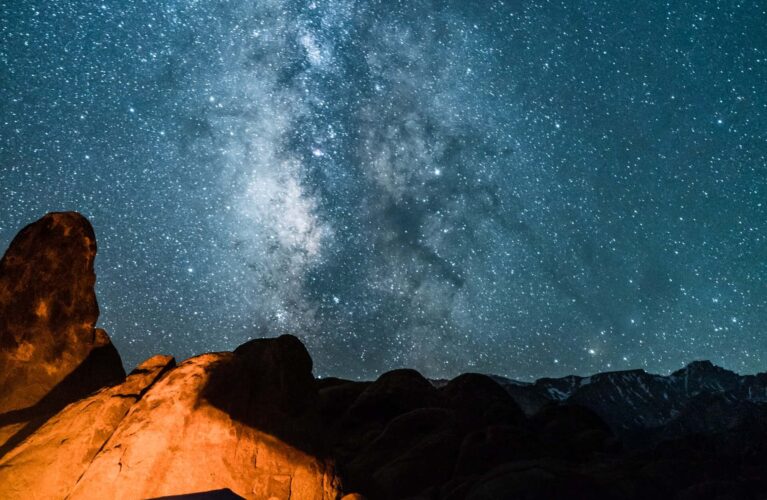