it takes a few slaps sometimes, until you get the message ...

Sometimes, you just have to get smacked by the Universe. Repeatedly. Before transformation and integration can happen. Or even start to happen. This past fall I re-connected with this obsession of mine, thinking I might be able to alchemize it into something healthy, positive, and nurturing.

I didn’t do it right, at all, not even from the get go. I was stalking her via LinkedIn, and she saw the notifications. It took her a week or two before she finally said, “Are you hiring?” to one of these notifications (via text, to me, incl. screenshot). That should have been enough of a red flag for me to stop right there, gather my obsessive ass together, and run the other way. For clarity: the fact that I was obsessing, that she knew it, that it took her a couple weeks to respond, and that she responded in such a hilarious yet full game style, should have let me know I was in over my head, against a girl who had the upper hand.

But obsessives ain’t got no sense. So I engaged. Anxiety hit almost right away. I looked to this shamaness healer woman for guidance through this whole process. She did her best. We did somatic stuff, talk therapy, sound bath stuff. All sorts of things. I did box breathing exercises. I tried to work out. I gave 100% energy toward … managing … the anxiety … that just interacting with this obsession of mine triggered in me. We met. We had a wonderful dinner date. She was sweet. She told me about her recent past, which was hard to hear. We were supportive of each other, love bombed each other a bit. But the entire time, my anxiety was spiraling out of control. I started having panic attacks. I couldn’t sleep. I took long long walks to try and calm myself. Eventually, I cracked, collapsed, and ended up blocking her. Like I have so many times before.

So. What did I learn?

Through this process, the conversations I had with myself and with others, and through some shadow work and inner reflection, I discovered (or re-discovered) the following:

I’ve had a tough time attaching since birth. My mom was 16, stressed out, and I spilled out into the world from the stressy soup of her womb. No big deal, right? But then, because my mom was single, working, and going to school, I had six to seven different women take care of me in my first three to six months of life. “You were passed around,” my mom said. “I couldn’t really be there for you, not like I could with your brother and sister (who were born later).”

But. I then grew up in a home in which I was the first born son of a man that wasn’t in the picture, being raised by my dad in practice, the person I call dad, who was in fact, technically, my step dad and the father of my two siblings. In family pictures, everyone is blonde, and then there’s me, dark haired and weird.

My dad, being a soldier, moved us roughly every eighteen months. So as a kid, I developed no roots, attached to no one properly – and if i did, we left, or they did – and built no lasting friendships. I was always the new kid, always the odd man out, always constantly trying to fit in, be cool, make friends, and not be rejected.

That lasted until about 10th grade, when I made it to Germany and stayed there for enough time to put down a couple roots. Age 15 – 18. But that wasn’t to last – I fell in love with a woman and right as we were getting our thing together – which was most likely doomed, because I was already feeling the fear of being abandoned by her, even though we’d just started dating – my family moved again, to Minneapolis. That was a hard one, for me and my brother. He lost his circle of friends, I lost my love, we were both very new in a very new and weird society for us, and we both struggled. My brother became the cool tough guy to cope; I became the charming party guy. I chased women like Tom chased Jerry.

That basic character stayed intact until about age 40, when I met this obsession, fell in love again, and had all of my patterns, attachment issues, insecurities, and phobias thrown into my face. I learned a bit, the first time this girl broke my heart, but not all of it. There was more to learn. Instead of healing, becoming somewhat whole, understanding clearly how and why I was where I was in regards to love and attachment, I understood only a bit, and let myself drift off. Repeatedly.

I kept trying to get with this girl. Kept trying to push something through the portal, kept thinking there would be freedom and peace on the other side, just as long as this girl could just … love me.

This last time, I believe, is indeed the last time I will interact with this girl for a long, long time to come. Maybe never again. That’s too bad? But what’s too good is the clarity I have, more or less, regarding what it is exactly that makes my heart tick.

There’s a lot of work and healing to do. A lot of going back to that boy, the little one, and loving him the way he needed to be loved. Going to that adolescent, and forgiving him his trespasses. Going to that young man, and hugging him, letting him know that it’s ok. He’s loved. I love you. I love me, love him, love all iterations in time space of Sascha, that boy who just wanted love, but kept getting passed around, till he passed himself around, till he got tired of that, and stood still.

Still, very still, in Deep Yin, in the darkness of the solstice time, to begin a healing journey. To be ready for me, the real me, and maybe – even though putting external sources of happiness forward is a no no, if you truly do want to be whole – maybe even for a woman who will really fall for me. Love the shit out of me, and together we can go on this journey. I do want that.

But. The journey starts alone, with just a single pair of footprints. And the farther I go, the deeper I go, the more I understand that this scared little boy inside of me just needs … me … then the easier it will be for another pair of footprints to sidle up, and walk with a brother for a while. 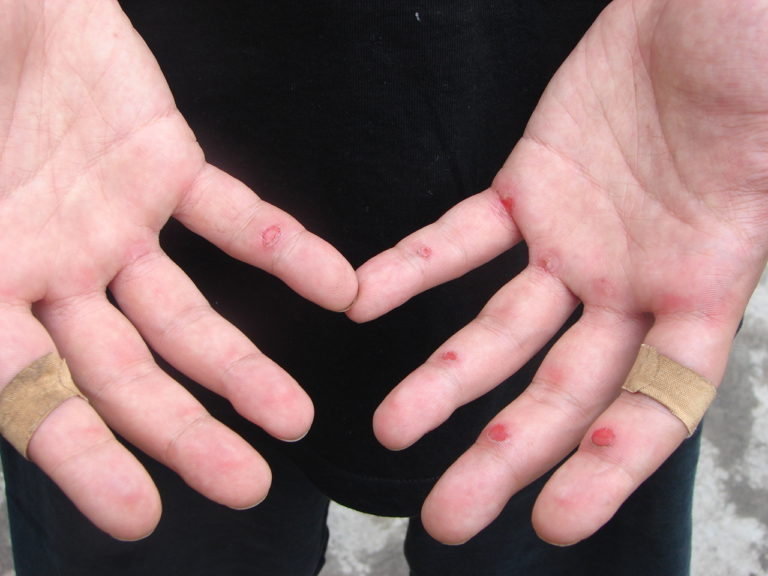